Pic­ture Book is re-released today in black and spe­cial edi­tion red vinyl.
You can buy a copy HERE and read all about the re-release HERE

We are pleased to announce that 2 new shows have been added to the 2021 tour!
Simply Red will per­form in Lux­em­bourg on 17th Novem­ber and Copen­ha­gen on 4th December.
Tick­ets go on gen­er­al sale this Fri­day but we can give you access to a pre­s­ale from 10am loc­al time tomor­row (Tues­day 10th).
We look for­ward to see­ing you on tour next year but In the mean­time keep well and stay safe.
Lux­em­bourg more details HERE
Copen­ha­gen more details HERE

Sat­urday 24th Octo­ber will be the 25th anniversary of Simply Red’s LIFE album being released. Life included Simply Red’s num­ber 1 single Fair­ground and to cel­eb­rate the occa­sion the video has been upgraded to HD!
You can see the full HD ver­sion on You­Tube HERE 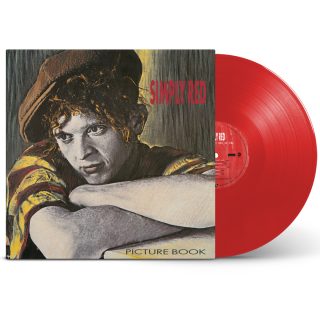 A Starry Night In Hamburg

In Janu­ary 1992 Simply Red set off on tour. They had just released their 4th album “Stars”. In the 14 months that fol­lowed, they played 131 shows to 1.5 mil­lion people and sold 9 mil­lion albums around the world.

This week’s You­Tube première, A Starry Night With Simply Red, cap­tures the band at the peak of their suc­cess per­form­ing in Ham­burg on that tour.

Join us HERE this Thursday, Octo­ber 8th, at 7pm BST for this extraordin­ary show!

Posted in News | Comments Off on A Starry Night In Hamburg