Today is the 25th Anniversary of the release of the Simply Red STARS album and to cel­eb­rate we’re giv­ing away 10 cop­ies of the new STARS vinyl (just released today), which will be signed per­son­ally for all the win­ners by Mick Huck­nall! The com­pet­i­tion will run on Face­book all day today — we are going to show you 10 videos and all you have to do is to find the hid­den let­ter in each video (please note you won’t see the let­ters on your mobile, you need to watch them on a laptop or desktop). When you have all 10 let­ters you need to work out what they spell and send us the answer. Details of where to send your answers will be pos­ted with the last video.
So go to Face­book right now and watch the first video which is track 1 from Stars, Some­thing Got Me Star­ted and look out for the first let­ter. Good luck every­one!

Posted in News | Comments Off on 25th Anniversary Com­pet­i­tion!

Stars remastered vinyl re-release!
With 2 weeks to go to the 25th anniversary of Stars on 30th Sept, we are thrilled to announce the re-release of the vinyl album on the same date!
This spe­cial edi­tion is the ori­gin­al album track­list­ing in a gate­fold sleeve fea­tur­ing pre­vi­ously unseen pho­tos of Mick.
Pre-order here 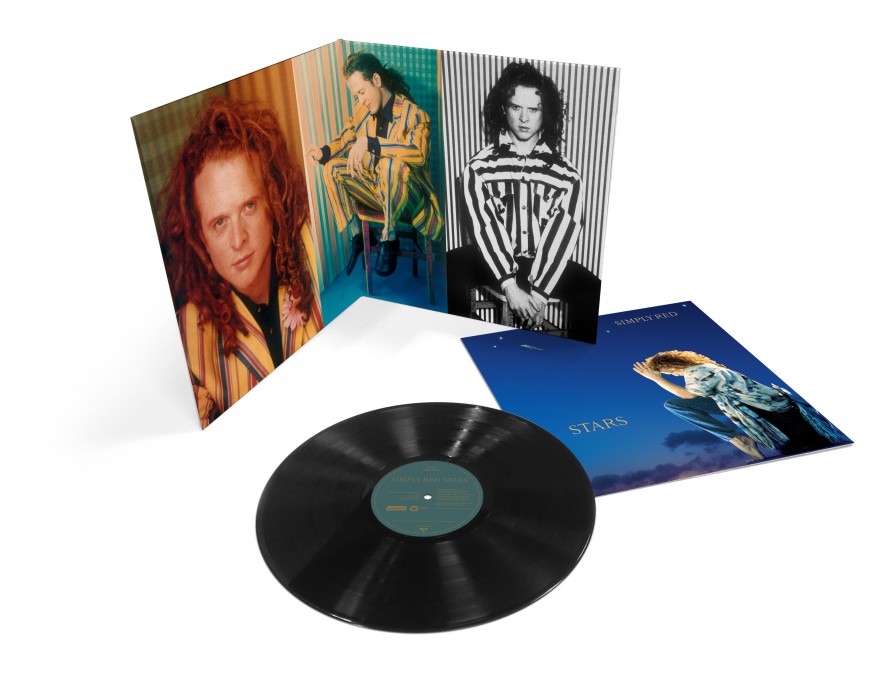 Posted in News | Comments Off on Stars Remastered Vinyl Re-Release!

Posted in News | Comments Off on Fest­iv­al in Munich

An extra date has just been added to the Simply Red Stars tour  — on Sat­urday 19th Novem­ber the tour will now come to Cardiff Motor­point Arena.
Tick­ets go on sale on Wed­nes­day at 10am but we have a PRESALE now — go HERE to buy tick­ets. 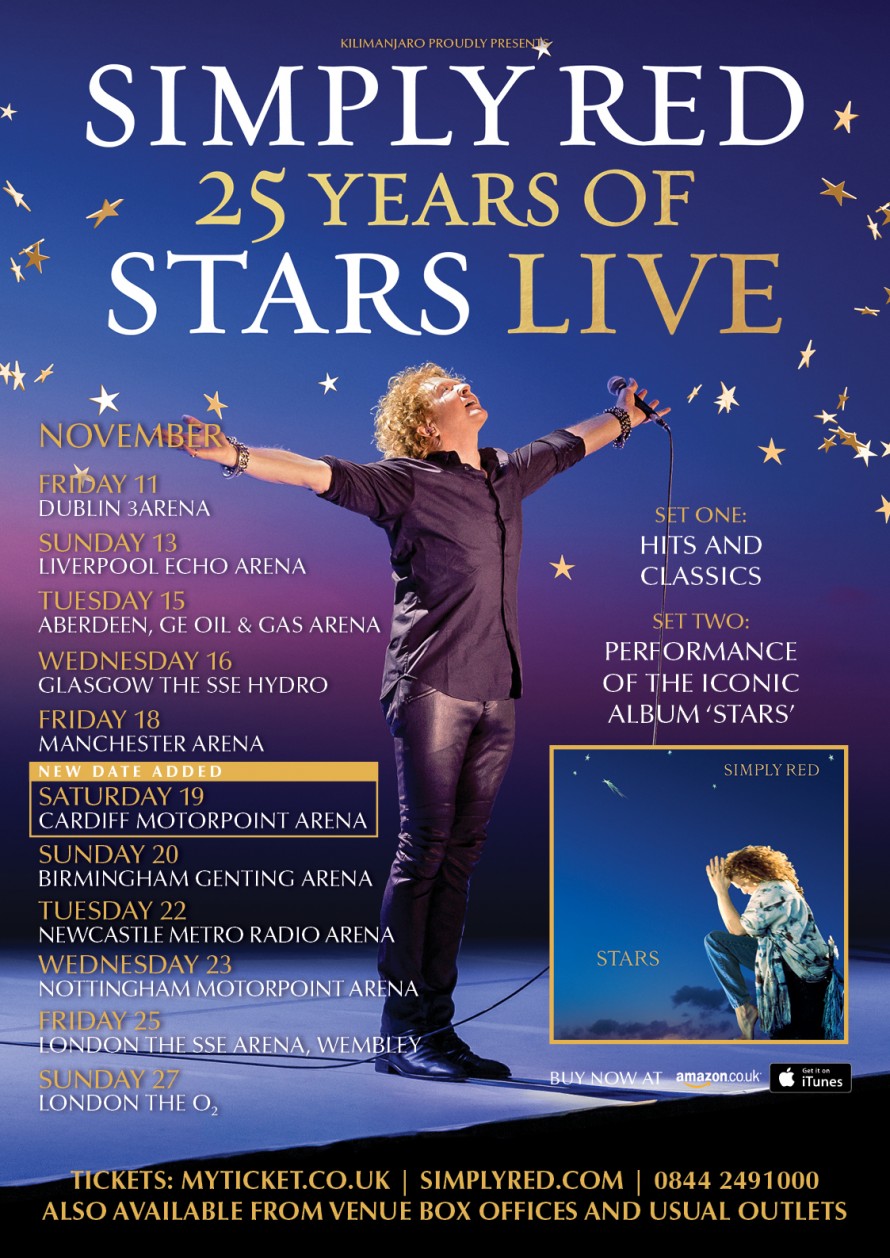 The 3 day Sum­mer Days Fest­iv­al at Clither­oe Castle, includ­ing the Simply Red date due to take place on 6th July, has been can­celled by the organ­isers (please note that this does not affect any oth­er Simply Red shows on the tour).
More inform­a­tion can be found HERE.
If you bought tick­ets for this show please con­tact who­ever you bought your tick­ets from for more details.

*Please note that we can 100% con­firm that the Stars 25th Anniversary tour will not extend out­side of the UK and Éire, so we look for­ward to wel­com­ing fans from over­seas to these dates.